Have Italians Resorted to Throwing Money on the Streets Due to COVID-19? 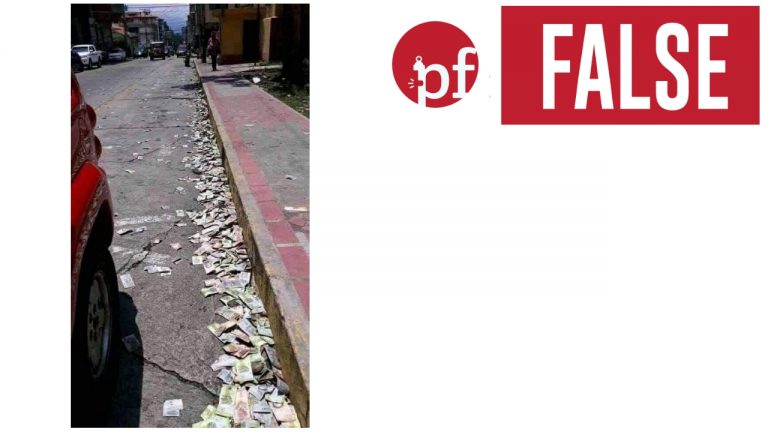 Images of money scattered on the streets have gone viral with claims that Italians did that to show that money is useless when life is in danger due to COVID-19.

A street in Italy! People lost hope and decided to throw money on streets! Health is paramount not wealth .
I pray that we don’t reach this level .#coronaviruskenya #COVID19Kenya pic.twitter.com/jcpUk4QGqy

Italy has recorded Europe’s worst COVID-19 outbreak. As of March 31, the number of cases currently stands at 105,792 with the highest number of deaths globally at 12,428 and 15,729 recoveries (see our live tracker for up to date figures).

Italians have shown resilience even with the ongoing crisis by singing from balconies to show solidarity and to encourage their doctors who have been overwhelmed by the outbreak.

With a population of 60 million people under lockdown, Italy has launched a campaign to get internet companies and publishers to provide free services to help people cope while in confinement.

The government launched a Digital Solidarity page with free online newspapers, faster Internet, e-learning platforms and a platform where companies can sign up to provide their services for free.

But has the situation gotten so bad that Italians are now throwing away money out of helplessness?

Image searches show that these are genuine photographs of worthless money dumped on a street of Venezuela in March 2019, following an economic collapse that began in 2013.

The New York Times, Fox News and Bloomberg have since reported on the matter citing a wide range of issues that contributed to the economic crisis, including socialist policies, corruption and plunging oil prices.

The Washington Post and Forbes also reported on how the crisis led to massive hyperinflation, which greatly devalued Venezuela’s old currency, the Bolívar Fuerte.

A new form of currency, the Bolivar Soberano, was introduced in August 2018 in an attempt to strengthen the crumbling economy as reported by CNN.

These are old images that have no relationship with the ongoing COVID-19 pandemic or its effect on Italy, making the claims FALSE.