Is this Digital Card from Kenyans.co.ke?

Charlene Ruto has over the months drawn controversy over several political appearances and foreign trips she has been making. One of the foreign trips was to Morocco in early November where she met Morocco’s Minister of Youth, Culture and Communication. Charlene Ruto also held talks with several county bosses across Kenya and made appearances at various events.

While speaking at the #SheLeads2022 summit in Arusha, Tanzania, Charlene Ruto appeared to introduce members of staff she said works at the office of the first daughter, raising many questions as to whether the office is constitutional.

Through her official Twitter page, Charlene Ruto described the office of the first daughter as a private entity whose aim is to champion youth affairs and climate change advocacy.

The digital card was first shared here, garnering over 800 likes and retweets since it was shared on December 14, 2022. That quote is not shared on Kenyans.co.ke’s social media pages on Facebook or Twitter.

The original digital card was shared here on December 10, 2022, with an entirely different quote. “I am the daughter of the chief hustler. I have seen him hustle, and I have hustled in my own ways,” the digital card reads. See the image below; 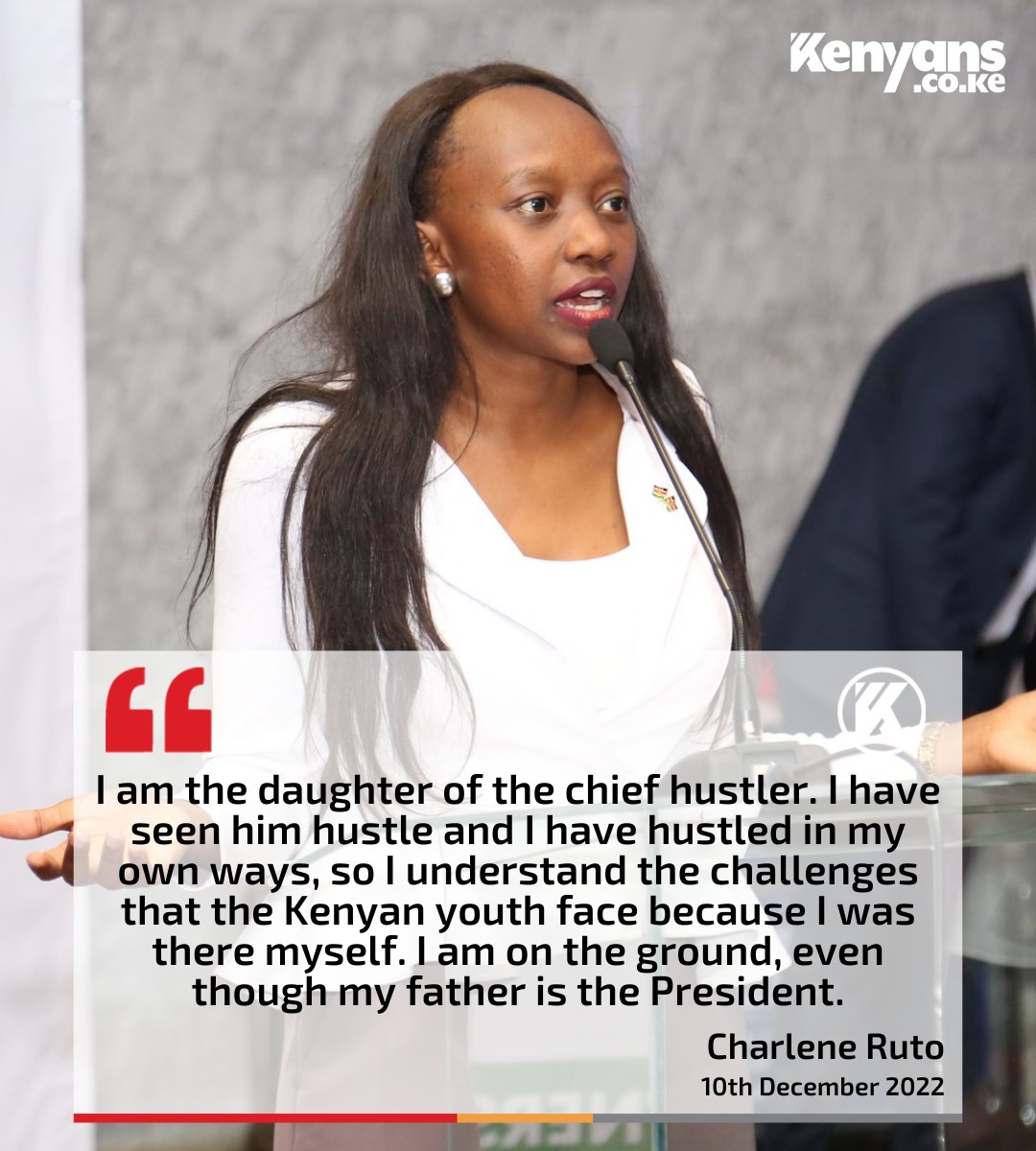 Additionally, although the card copies kenyans.co.ke font and format for digital cards, the logo reads ‘kinyans.co.ke’, not kenyans.co.ke.

The digital card claiming to be from Kenyans.co.ke is FAKE.

This fact check was published by Africa Uncensored with support from Code for Africa’s PesaCheck and African Fact-Checking Alliance.